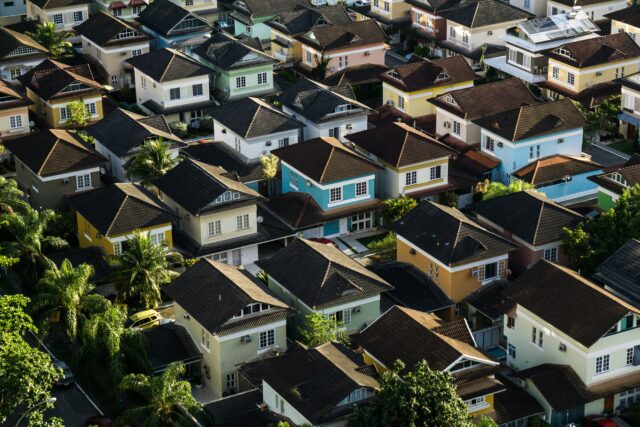 Boom, bust. Boom, bust. The real estate market over the last decade or so has been a real roller coaster. At the moment we’re in boom territory, with prices soaring pretty much everywhere since the pandemic started — the median price for an existing home sale spiked an insane 24% in May alone — but we all know that the bust is coming sooner or later.

Turns out it can’t, at least not according to the economic experts. The Fed in particular is already expressing serious concerns about uncertainty in the housing market and looking at potential intervention.

Quote: “You don’t want too much exuberance in the housing market, I would just highlight that boom and bust cycles in the real estate market have occurred in the United States multiple times, and around the world, and frequently as a source of financial stability concerns.” — Eric Rosengren, President of the Boston Fed

Right now the governors are in “test the waters” mode.

Rosengren isn’t predicting doom and gloom — and most government officials like him are quick to point out that they’re just thinking out loud — but his concern is around what comes next for the Fed’s ongoing policy of monthly bond purchases that have propped up the economy for more than a year. When considering next steps, the state of the housing market is a critical factor.

And the red flags are firing off:

My take: As the Fed continues discussions of reducing their bond-buying, that could mean a quicker reduction in direct support for housing finance. Yes, that will have an impact on the interest rates charged on mortgage loans.

But it’s also important to note that one Fed governor doesn’t speak for all of them, and an important one in particular — chair Jerome Powell — isn’t yet too worried. When asked in April whether or not he thought the practice of buying mortgage-backed securities was boosting the housing market he was direct: “It’s not meant to provide direct assistance to the housing market. That was never the intent. It was really just to keep that as—it’s a very close relation to the Treasury market and a very important market on its own. And so that’s why we bought as we did during the Global Financial Crisis.”

What Does a Good Retirement Income Look Like in 2021?