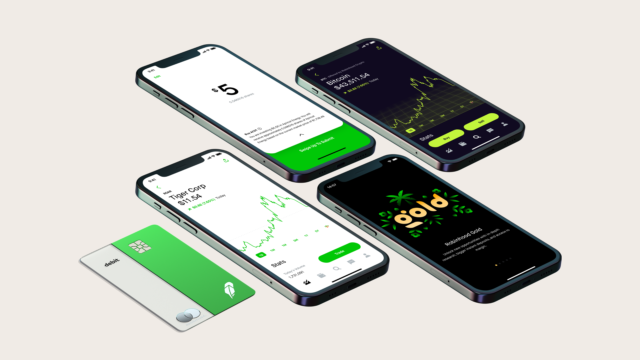 Days before Robinhood went public on July 29, 2021, CEO and co-founder, Vlad Tenev, announced that the platform was seriously considering adding a suite of account options for retirement savings. He did so in a big way— at a publicly held roadshow event. Roadshow events are typically held privately, offering stock to high-net worth investors before giving others a chance. Robinhood, true to its unconventional ways, offered as much as a third of its customer base at the outset, hence the public roadshow event.

The demographic: According to a filing with the SEC, most Robinhood users are younger and less likely to have established retirement accounts. Those users power 18 million funded accounts containing almost $81 billion. That’s not to mention the growth of retirement savings that resulted from the pandemic, growing more than 30% in 2020 according to Vanguard.

The goal: “We want to make first-time investors into long-term investors,” the CEO said during a presentation. If it moves forward with retirement options, the platform will offer both traditional IRAs and Roth IRAs. Roth IRAs have particular appeal to workers in lower tax brackets because they allow users to deposit after-tax dollars and then withdraw money tax-free in retirement. This could prove a particularly appealing option to a large segment of Robinhood’s customer base.

The muck: Robinhood has transformed retail trading, but not without controversy. Last month, Robinhood was ordered to pay $70 million for harm done to customers by system outages and misleading information by the Financial Industry Regulatory Authority (FINRA). That fine topped the FINRA record books.

The outlook: If Robinhood moves ahead, it will have new competition, including Fidelity, Vanguard and Charles Schwab. These companies charge low fees. Robinhood currently charges no fees for trades, leaving it unclear what the fee structure would be for retirement investment options, and how it would compete.

The big question: Will investors trust Robinhood with their retirement savings? Or will they look to more conventional platforms? In any case, if the platform moves forward with a retirement savings platform, one could bet that at least some of its current customer base gets on board one dollar at a time.