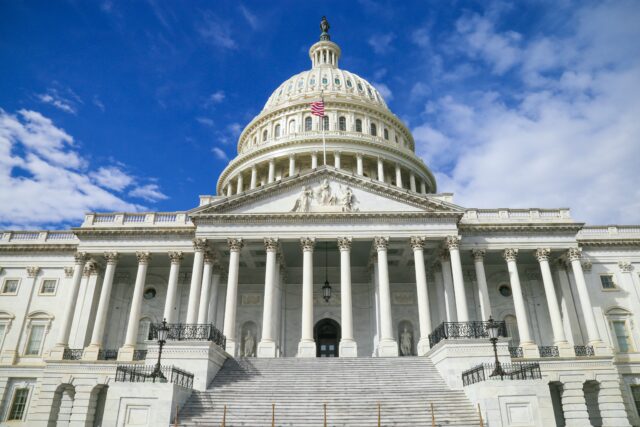 For decades the arrangement between the Federal government and retirees has been pretty straightforward. In exchange for tax savings either when you stash the money away or when you take it out, you agree to follow the government’s rules around how much money you can save for retirement and where it can be stored.

Why? Because too many people are waiting too long to start saving, and that’s putting them in a bind when they actually retire and realize that they don’t have anywhere near enough saved up to finance their lifestyle.

There are currently two bills working their way through Congress that could address these so-called late savers, and both would effectively raise the current limits on catch-up contributions.

A look at the legislation:

The first is a House of Representatives bill that would bump up the amount that savers aged 62-64 can set aside in a 401(k) from $6,500 per year to an even $10,000. In this case, the switch will be paid for by eliminating the pre-tax savings associated with those contributions, effectively treating them as if they were going into a Roth IRA.

On the other side of the Capitol building, the Senate is considering a similar bill that would allow for $10,000 catch-ups for those 60 and older but without losing the tax-free contribution benefit. Called the Retirement Security and Savings Act, the Senate bill is expected to see a committee vote next month and is sponsored by Ben Cardin (D-MD) and Rob Portman (R-OH).

Under the current framework, retirement savers age 50 or older can make so-called catch-up contributions in excess of the standard annual contribution limits of $19,500 for 401(k) plans and $6,000 for individual retirement accounts. Right now those boosts are capped at $6,500 annually for 401(k)s and $1,000 for IRAs.

This system exists because, frankly, not everyone is great about saving for the future.

It is very easy, especially in our early careers, to focus on the here and now and neglect to set aside money to fund a retirement that is at that point decades in the future. Low early career salaries and high expenses make saving even harder in those early years.

​​Catch-up contributions allow older Americans to jump in and enjoy the benefits of 401(k) and IRA plans later in life when they might have more cash available to save and a better idea of what they want their retirement years to actually look like.

The chances that one or both of these bipartisan bills passes are actually pretty good. The House bill, as mentioned, has already passed its committee on a unanimous vote and the Senate version is similar enough that the same is expected there.

As Timothy Lynch, senior director at the law firm of Morgan Lewis, told CNBC: “The outlook is positive. There’s bipartisan support, so there’s likely to be action sooner rather than later.”

​These are two potential changes to keep an eye on for 2022.